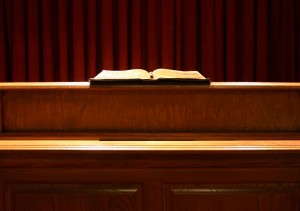 Churches, as described in the New Testament, are composed of people. A church is not a building in which people meet, nor is it an organization that people join. The English word church comes from a Greek word that means “called out.” It describes those who have been called out of the world by the Gospel, and who have been added to those recognized as being saved by Christ (Matthew 16:18); Acts 2:38-47).

The churches established by Paul and Barnabas during their first preaching journey (Acts 14:23) were composed of people who had obeyed the Gospel and become loyal disciples of Christ (Acts 14:21).

Paul described several groups of disciples as “churches of Christ” (Romans 16:16). This was an appropriate description because these groups of people belonged to Christ in a special way. Jesus had saved them from their sins when they obeyed the Gospel through faith (Romans 6:1-18).

“Church of Christ” is not a name, but a designation of ownership. It gives glory to the only One in whose name one can find salvation (Acts 4:12). It recognizes His authority and ownership (Matthew 16:18), and glorifies Him as the source of salvation.

How do we authenticate our claim to be faithful congregation of the “church of Christ?” We do not appeal to religious tradition, synods, or creeds. Rather, our “proof” is our close adherence to the words of both Jesus and His apostles (Mt. 7:21-29; cp. Jn. 15:14). This is the only basis by which any group can claim to be a congregation of the “church of Christ.”

The church of Christ at Elkmont is an undenominational, self-governing body of believers, committed to the word of God as the complete and final authority in all religious matters (Colossians 3:17). We are organized according to the pattern outlined in the New Testament.

First, we have elders who are also called pastors, overseers, shepherds, and presbyters. These men are appointed after meeting God’s qualifications (1 Timothy 3:1-6; Titus 1:5-9). There must be more than one in each congregation to follow God’s pattern (Titus 1:5; Acts 14:23; 20:28).

Second, we have deacons who serve in special areas of service. These are also men who meet God’s qualifications (1 Timothy 3:8-13; Philemon 1:2).

Finally, we have preachers, also called ministers, or evangelists who work with the congregation in teaching, preaching, and conducting Bible studies.

The objective of the Elkmont church of Christ is to be faithful to Christ in all that He teaches. He tells us that we can be true disciples only when we abide by the truth that is found in His word (John 8:31-32). We believe the Old Testament  to be inspired and written for our learning (2 Timothy 3:16-17; Romans 15:4). We study it in Bible classes and use it regularly in our preaching. However, we also recognize that it was fulfilled and replaced at the cross by the New Testament, also called the New Covenant (Colossians 2:14; Hebrews 8-10).

We uphold the New Testament as the covenant (testament) through which Christ now directs His people (Hebrews 1:1-2; 8:6-13). It is our guide in all matters of faith and practice.

We do not adhere to, nor accept any man made creed as our authority. Each member must accept personal responsibility as a disciple of Christ to study and obey the teachings of Jesus (John 8:31-32; 2 Timothy 2:15).

We are confident that if each individual is guided solely by the word of God, unity, not confusion will be the result. 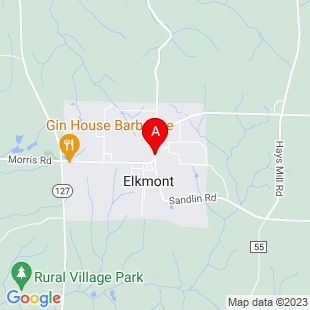